It is the Tenth Sarawak State Election which will be held on 16 April 2011. I will be back to cast my vote for the first time since I registered myself four years ago. I will leave KK tomorrow night after work and meet my brothers that will come all the way from KL for the same reason too. Firstly I am excited going home tomorrow and it is not because of the election but simply because I will be at home with my family. It is my first trip going back after three month transferred to KK.

Nevertheless, here is two of the candidates that are now trying to win my valuable vote. Actually they are trying their best to gain valuable vote from the whole communities in N16 Bengoh. 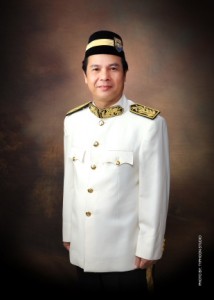 So, who is going to be the one that can bring in development for our communities. Previous People Representative @ wakil rakyat did not run his work up to our expectation and honestly I definitely want changes for real. But then again, I need to think Pro and Cons about every decision that I made as 1 vote of mine can make a different. That is what I believe in.


One thing that I dislike most is whenever it comes to election season, politics people tend to make sweet promises. They can be seen here and there on the ground, meeting the communities with sweet smile and showing off their gratitude towards them. Not only that, donations comes in like nobody business. But then they will no longer on the ground after the election. Nobody can see them anymore until the next election. I only hopes that villagers/communities can see the whole scenario like what I see and wish them make a good judgment and cast their votes to the one that deserve it.
IMPORTANT NOTE: My kampung is still lack of clean pipe water supply. We are still depending on natural water resources from nearby mountains. Whenever it is dry season, we turned to nearby river for our basic need. You cant imagine what we have been going through all of the years until now during dry season. :(
I am so frustrated none of the wakil rakyat do anything about it.
Posted by marvicn.com