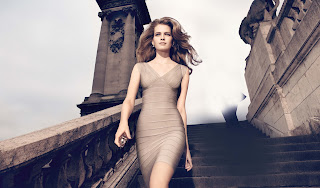 Beautifully she walk down in a seductive yet exclusive couture of Herve Leger by Max Azria. Created for sophisticated style of today's woman, this iconic 'bandage dress' comes together with Herve Leger fragrance. 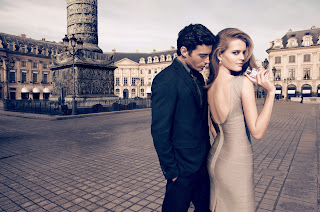 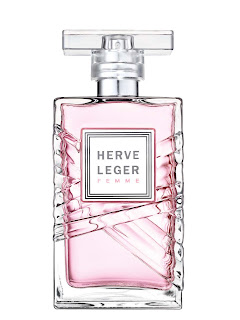 Leaves an unforgettable impression, "this fragrance captures the iconic styles of Herve Leger, which evokes the very essences of sensuality", says Max Azria, Designer and CEO for Herve Leger.


Herve Leger is for the woman who wants to feel sexy, empowered and confident which hugs every curve with flawless seduction. The woody floral scent unfolds with sparkling Chinese magnolia Flower kissed with Sicilian Pink Grapefruit. A sensual heart reveals Morrocan Orange Flower blended with Honeywood, leading to a sexy, smoked based of warm Benzoin tears, Cypress Wood and Vanilla.

Being first collaboration with iconic design house Herve Leger, the fragrance is housed in a bottle that captures the modern, iconic shape of Herve Leger dress, echoing the 'bandage' effect that makes the designs so distinctive.

The combination of the fragrance and 'bandage' dress simply wrap woman in seduction. It is the dangerously sexy seduction that woman has been looking for in a scent that will makes him stay and always wanting more.

Honestly I love the scent and keep spraying myself with the parfum from time to time. I even have it on me for the whole weekend during wedding of my sister, Diana Sabrina. I was totally feel so empowered and confident in a flawless seduction and most important thing is that he never left me behind throughout the day...Yay!!!!... 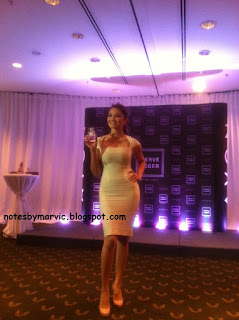 Nur Fazura, a well known actress in Malaysia also been there beautifully wrapped herself in that iconic 'bandage dress' of Herve Leger and walk around with a bottle of Herve Leger Femme.

Email ThisBlogThis!Share to TwitterShare to FacebookShare to Pinterest
Labels: Gifts, My Notes