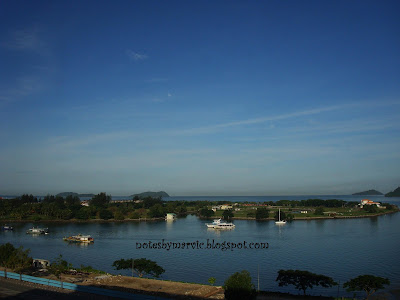 View from my room

Hello Sabahan..Good Morning...hahaha..guess what?..I am here in KK for the 1st time. I have been working with this company and yet this is the 1st time for me to travel in KK for work purposes. The journey from KL to KK wasnt that pleasant because our flight was delayed for an hour. Our flight was supposed to depart from KLIA at 9.20 am and reach in KKIA at 11.55 am. We were in KK to attend Eid Celebration organised by our branch office in Sabah. The event start at 12 pm. But because of the 1 hour delayed, we reached there when the ceremony was about to close up. To make the a journey even worst, we, the passenger was already inside the cabin when suddenly after 10 minutes we boarding in, the pilot make the announcement about the delay. We were just sit in at our place, read newspaper while the steward and stewardess were serving some passenger with drinks. The atmosphere was getting uncomfortable as the is the air condition is not fully utilized yet. After half an hour, half of the passenger getting off from the cabin while some were trying to comfort their small one. Then around 10.45 am, the pilot finally announced that the plane is ready to take off. I was relieve to hear that because I was so hungry and need something to comfort my stomach. Well, that's about the journey to KK.

While in KK, after we check in the hotel.Me and two other boss make plan to famous market which is only 5-10 minutes walk from our hotel. The two boss was really shops while me just wandering around and do my window shopping. I only purchased bracelets for my mother, my sister and her daughter. And of course, Kuih Cincin for my colleagues. Another things that I found out at the market is a group of man at the side of the market. There sitting there with their traditional sewing machine altering some T-shirt, jeans, jacket and pants. This is so interesting as I never see this before at anywhere except in KK. So I took pictures of them in action. They are friendly indeed as they allowed their pictures to be taken by a stranger like me...hehehe 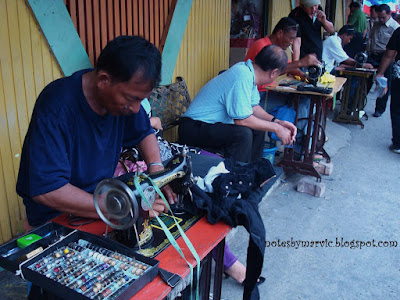 Small entrepreneur at the market 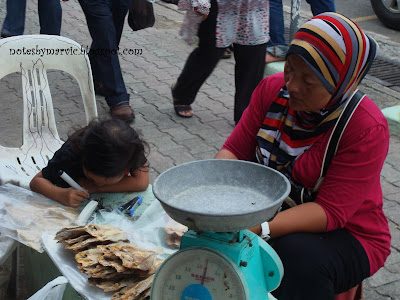 The little girl do sketching next to her dear mother 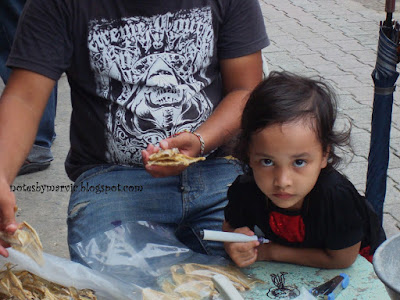 She finally look up at me

At night, we were invited to have our dinner at Ocean Seafood Restaurant which is situated next to our hotel. Again, I found something interesting served on the table. Its escargot. The taste was superb. I had 10 piece of it. 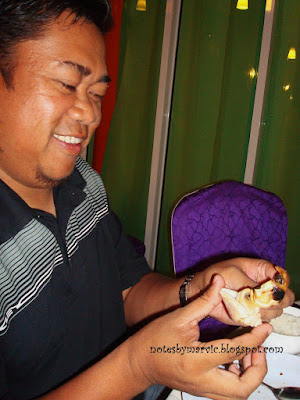 Mas Hendra show me way to enjoy the delicacies 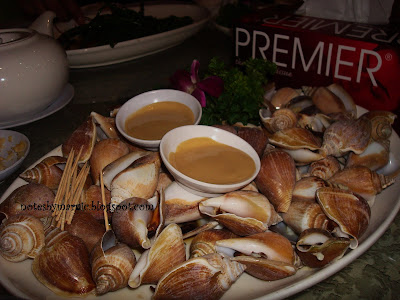 The Escargot. It taste really good. I want to have this again in my next trip 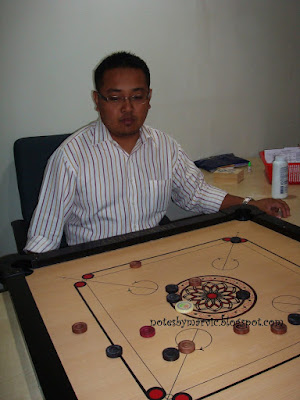 A friendly match between me, Robert, Jasnih and Akip Ismaila. Who won actually? 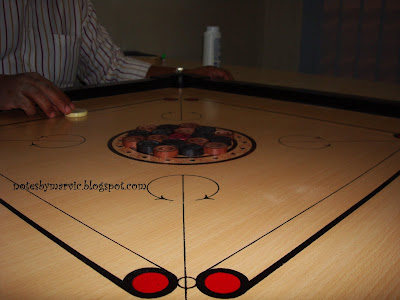 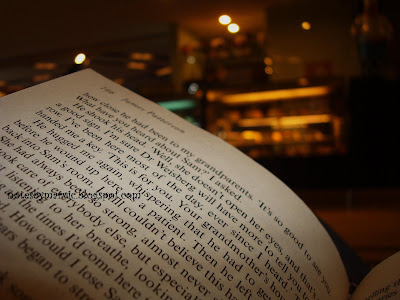 While waiting at the hotel lobby